What makes iVoterGuide stand out from other voter guides?

In addition to our factual research, we assign a political philosophy rating to each candidate. This rating is designed to help you, the voter, understand how the information we’ve collected indicates the way a candidate will likely govern.

In preparation for the 2022 elections, we've written this guide to help you really understand our ratings.  The article is longer than usual, so grab a cup of coffee and settle in for a long read . . . but one that will help you make wise choices based on our hours of research.

If enough information is available to rate a candidate, he or she will likely fall inside the typical range of Conservative to Liberal beliefs, with varying degrees: 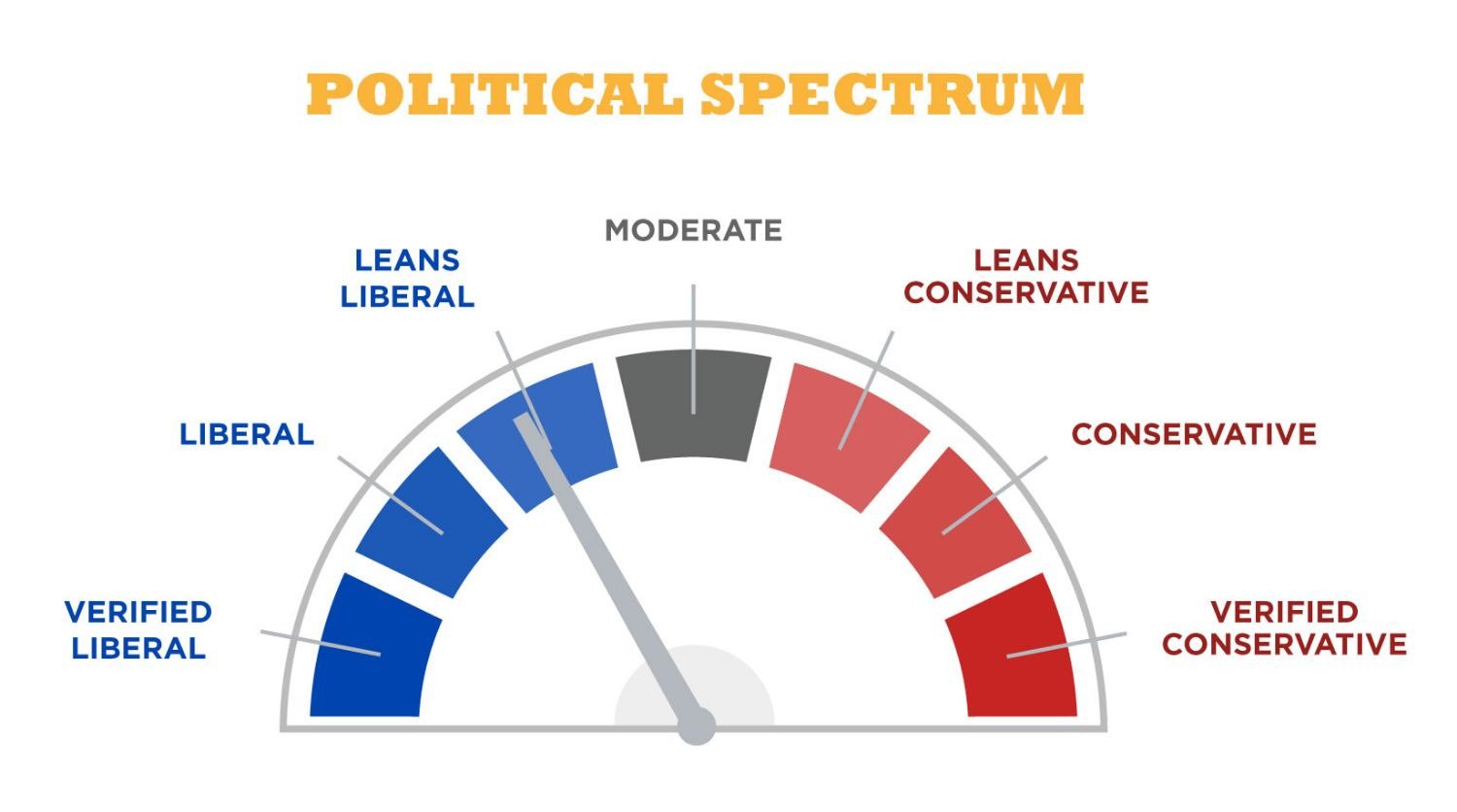 Our ratings are not an endorsement of a candidate, nor are they an indication of the candidate’s chances of winning. A candidate’s rating is assigned solely based on our assessment of how they will vote if elected, not on their personality. Consequently, it is possible for several candidates to receive the same rating who are running for the same seat.

Further information on our ratings is available on our FAQ and candidate evaluations page.

How do we define Liberal and Conservative?

The terms “liberal” and “conservative” have different meanings . . . depending on whom you ask! iVoterGuide defines these labels in terms of the God-ordained purpose of government—to serve Him for the good of individuals. (Romans 13)

It should be noted that principles regarding the proper relationship between government and its citizens are able to be discovered and acknowledged even by candidates who do not necessarily believe in the God of the Bible. They are “self-evident,” as the Declaration of Independence states.

In general, we define a conservative candidate as someone who, to varying degrees, generally holds these key principles:

We define a liberal candidate, on the other hand, as someone who generally holds principles such as:

Based on our candidate research over the past few years, we determined that the spectrum of Conservative to Liberal ratings was no longer sufficient to capture all philosophies in the changing political landscape. Notably, during the course of our research, we encountered numerous candidates whose stated beliefs regarding government control met or exceeded the Verified Liberal category. Many of these candidates only received the less-strong rating of Liberal, however, because they lacked a voting record or had not taken publicly verifiable action on behalf of their principles.

Therefore, iVoterGuide has created two new ratings: Far Left and Far Right. These ratings are reserved for candidates with extreme views regarding the government’s role. 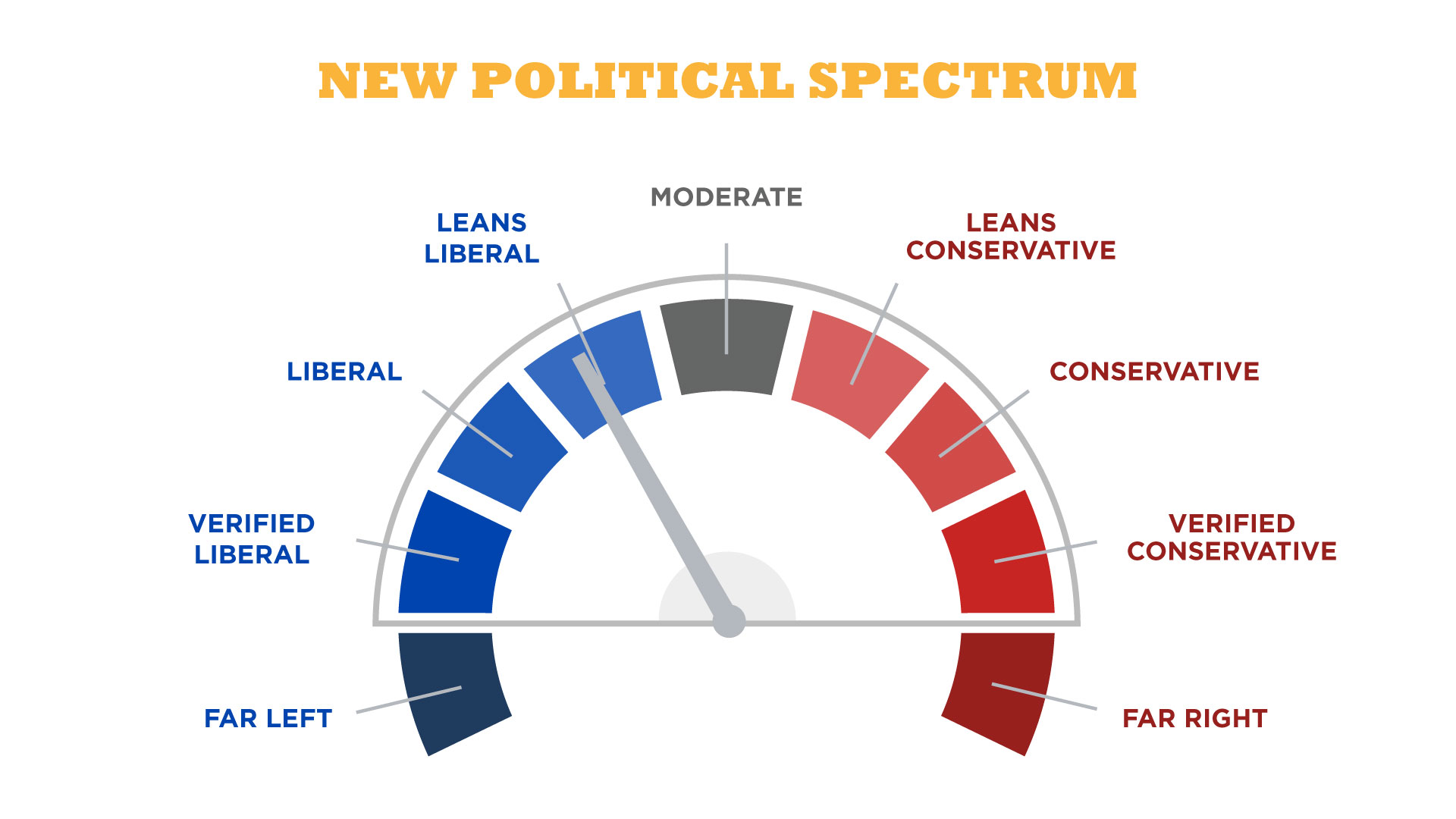 The Far Left rating describes candidates who consistently advocate for centralized, authoritarian government control advancing a secular worldview in lieu of respect for individual rights. While a Far Left candidate will have publicly verifiable information indicating such beliefs, a voting record is not required to receive this rating.

In sum, the Far Left rating describes a candidate whose political philosophy reflects a totalitarian view of society and government.

Candidates are eligible for a Far Right evaluation if they have taken a firm public stand advocating for no civil government. It is unlikely anyone holding a Far Right position would be seeking government power, especially through the electoral process.

A Far Right rating is essentially the opposite of Far Left when it comes to the issue of government control.

It is important to note that our Far Right definition does not fit the common narrative and descriptions about what is considered Far Right. What some might describe as Far Right, such as the KKK, radical Islam or White supremacy, we would evaluate as “Unclassifiable” (see our definition below). Unlike in the mainstream narrative, a Far Right philosophy is not an extension of the conservative spectrum, since conservatives believe that civil government has a legitimate purpose in society.

Lastly, the Unclassifiable rating describes a candidate who may possess some liberal or conservative views but who has published or posted material unacceptable to both liberals and conservatives. For example, a candidate who posts pornographic material, is anti-Semitic, advocates race-based supremacy, etc.

What is the value of a political philosophy rating?

Too much is at stake to cast a vote according to personality or appearance. It would be quicker to simply collect and publish information about each candidate without any explanation or evaluation. However, this further step of assigning a rating to each candidate’s ideology is absolutely crucial to informing voters. We view our work as a ministry to voters who hold Judeo-Christian values. Therefore, we seek to provide as helpful a guide as we possibly can.

I encourage you to share this unique resource with your friends and family. Many don’t vote because they lack reliable information about their candidates’ beliefs, and an understanding of how those beliefs impact policy. Through this guide, we can change that.

The Importance of Primary Elections
Pray for Our Country
Do More Than Vote
Tools to Help You Reach Your Neighbors
Tribute to Richard Ford
Protect Our Children
Free Church Outreach Materials
What Candidate Ratings Really Mean
Importance of Panelists
The Blessings of Religious Liberty
Lessons from a Day of Infamy
A Bold Response
The First Thanksgiving
Debunking the Left’s Arguments on Abortion
How Does Redistricting Affect You?
State Powers vs. Federal Powers
Life or Death Voting
Dobbs vs Jackson
The Importance of Worldview
Pray for the Supreme Court
Why Do We Do What We Do?
20 Years Ago
Take Courage
Separation of Powers
Immigration Issues and the Bible
Supreme Court Victories
When Justice Goes Packing
Who's Winning?
The Flag is Under Attack
Five Ways to Spot Fake "Facts"
What Is the Filibuster and How Does It Work?
Saving Our Kids From CSE
Presidential Power vs. The People
How to Contact Congress
School Board 101
Toward a Nation That is Good and Free
Why Vote?
Does One Vote Matter?
Political Parties: What Do They Stand For?
How and Why We Partner
Election Ripple Effect